In an interview about her works and installations, Una Szeemann said that she wants to leave material “traces of invisible phenomena”. With her delicate, fluffy, leathery, fetishistic and sometimes uncomfortably unfathomable interventions, using ever-changing materials, Szeemann opens up
a broad field of associations that stimulates our sensory perception and sets our minds racing.

Specially for Gasträume 2020, Una Szeemann has developed a piece that refers to Zurich’s mediaeval past on the banks of the Limmat. It is installed on Wühre, a riverside path where the importance of the Limmat as a navigable waterway, and as an intersection between trade and culture, makes itself felt. The granite block from Valle Maggia, with a bronze anchor ring driven
into it, constitutes the resting point on a bidirectional journey through time. The ring, about 20 centimetres in diameter, bears imprints, negative forms from fumbling hands. In a disturbing contradiction, the heavy old bronze, any touching of which would only reveal itself as patina over the years, appears here like the warm wax that Szeemann used for creating the form. Memory thus becomes the present. 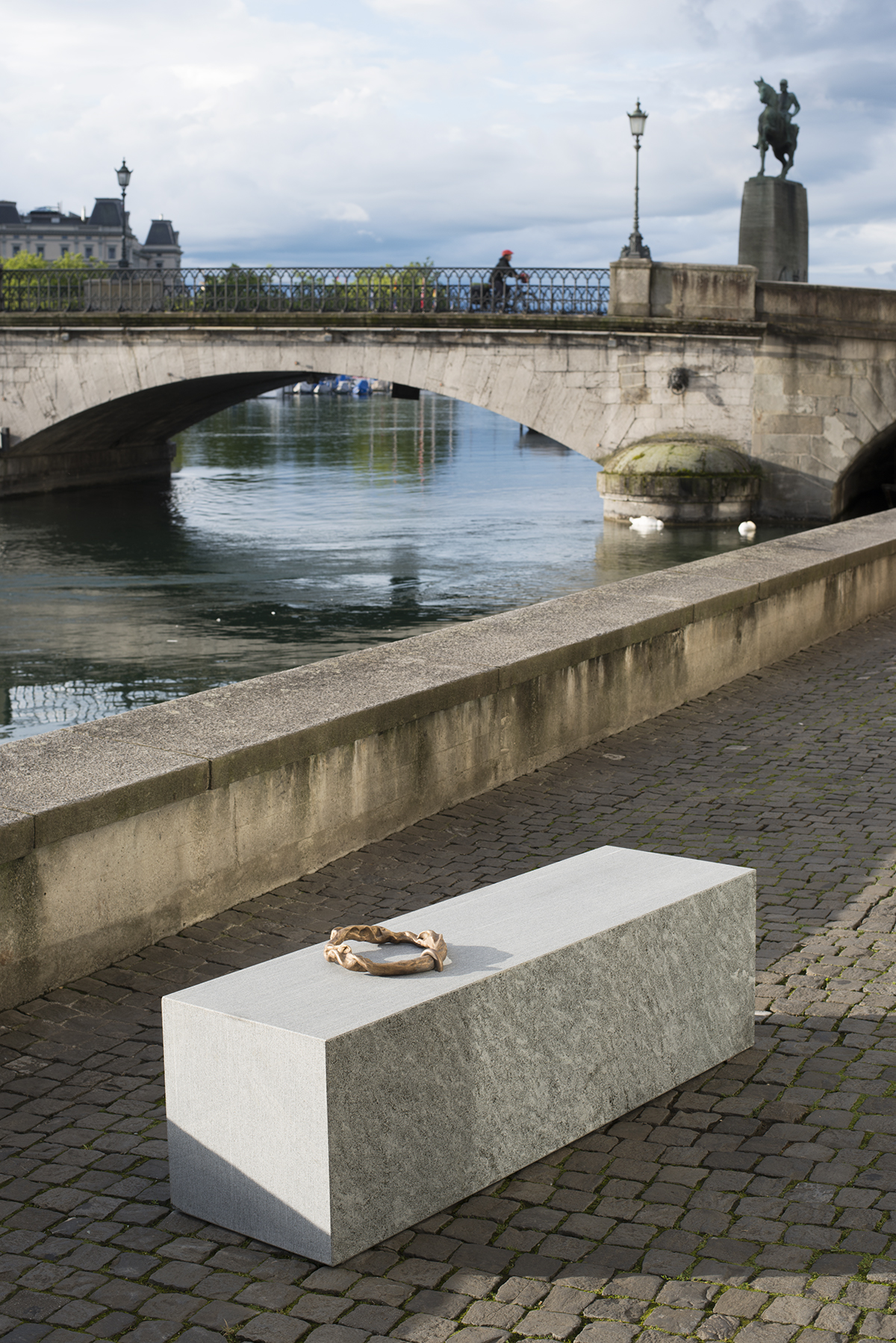