Parade —The Subtle Grip on Almost Nothing—

The video projection shows a man and a woman on a horse, riding in tangenting circles infinitely. Each one marks it’s own circular trace on the sand but seen form above, the scene depicts the image of a lying eight.

Johann Strauss’s ‘Beliebte Annen-Polka’ resonates incessantly throughout the landscape, underlining the parading nature of the happening.

Two loudspeakers, on a rather low pedestal, are facing the projection. The voices of a female and a male are reciting quotes from literature and philosophy, thematising the void, the forlornness and the creative act.

The two monologues interweave sporadically into a dialogue which volatizes as soon as it starts to develop.

The lengths of the video and voice loop differ, resulting in always new combinations of image and sound, the fact the voices are speaking to the image, as a parade of knowledge, becomes even more apparent.

Link to an extract of the script 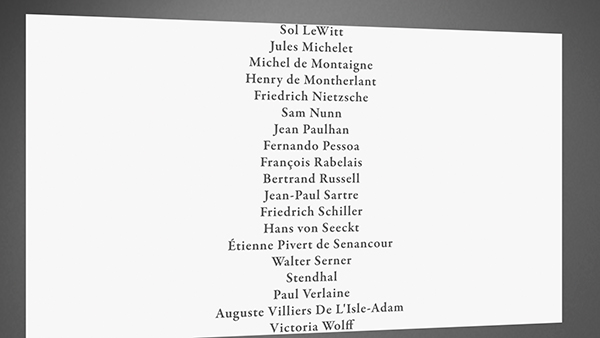 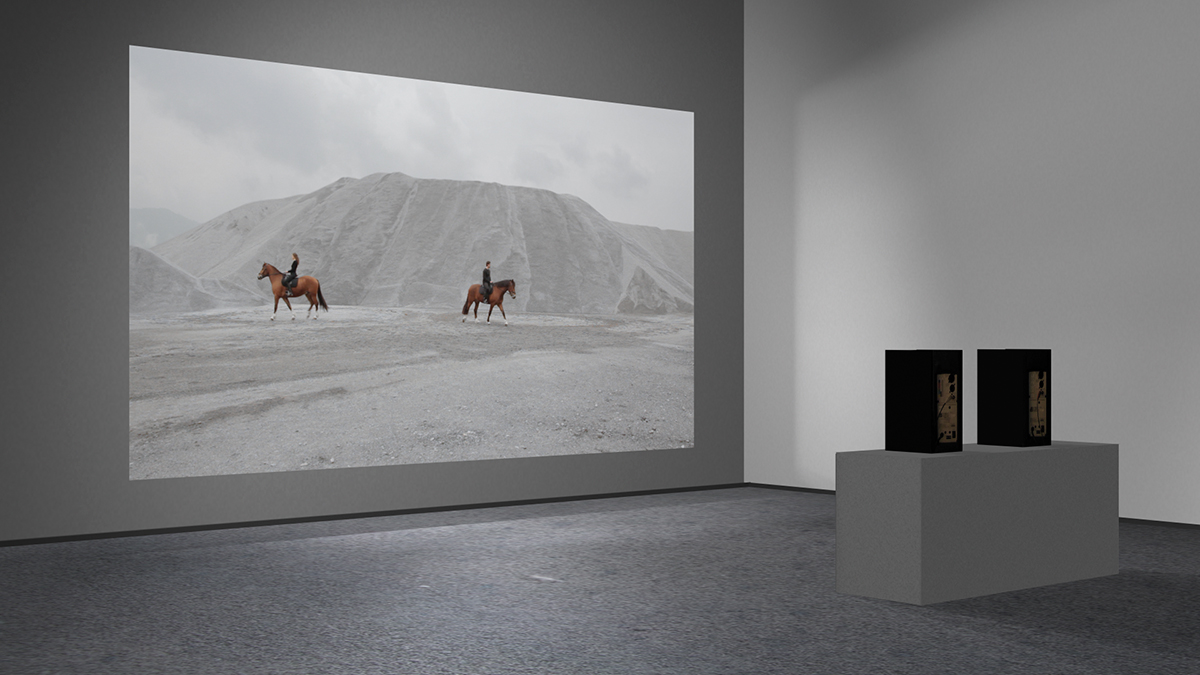 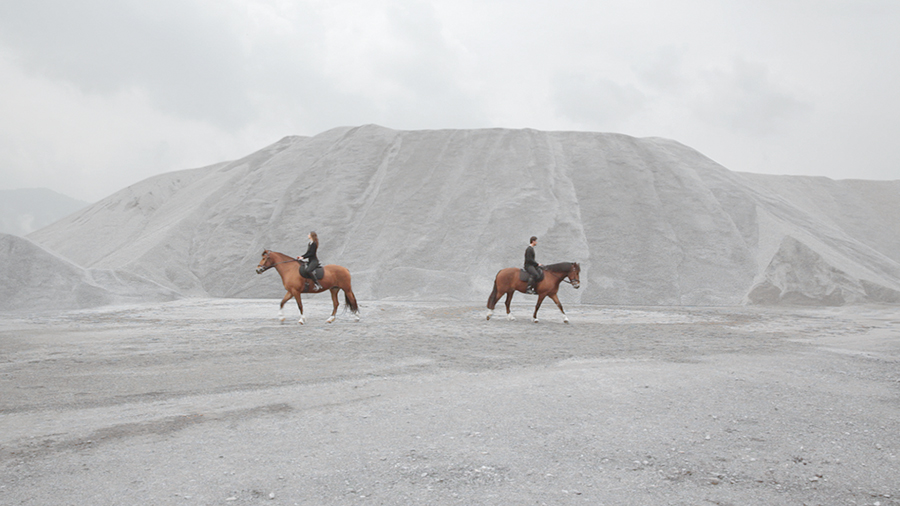 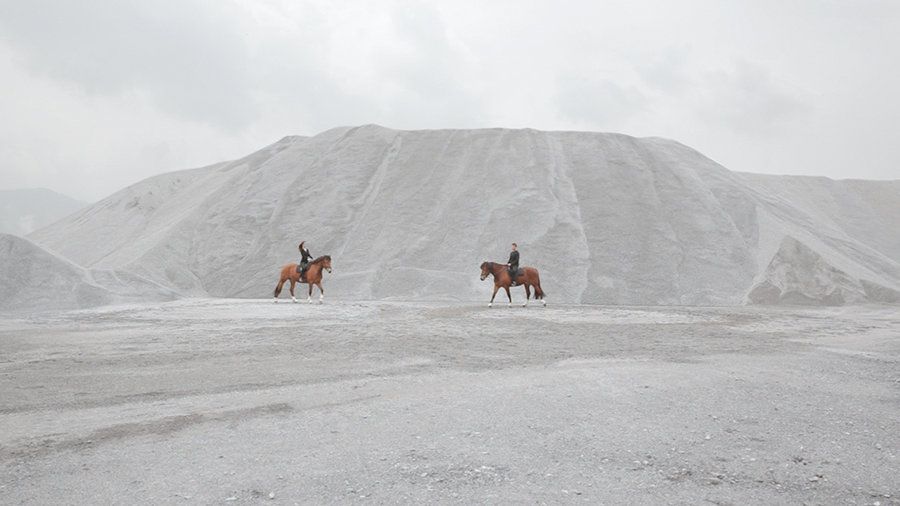 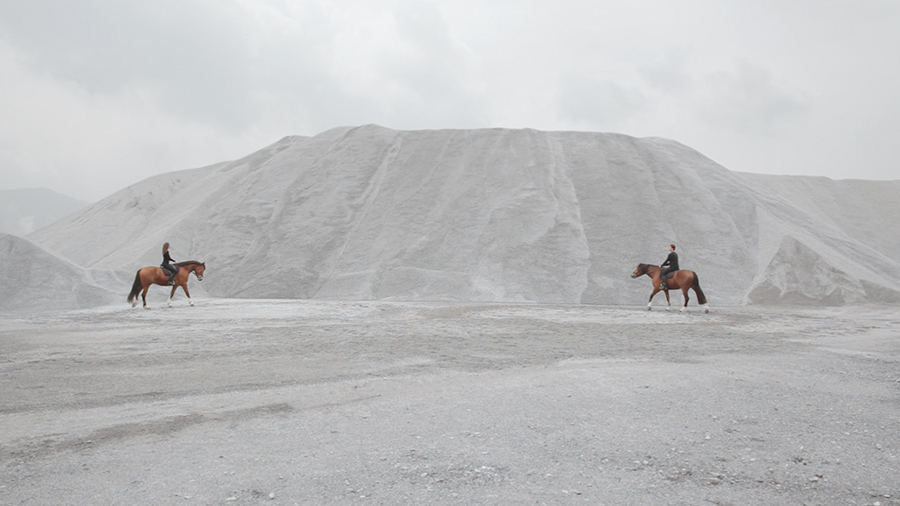 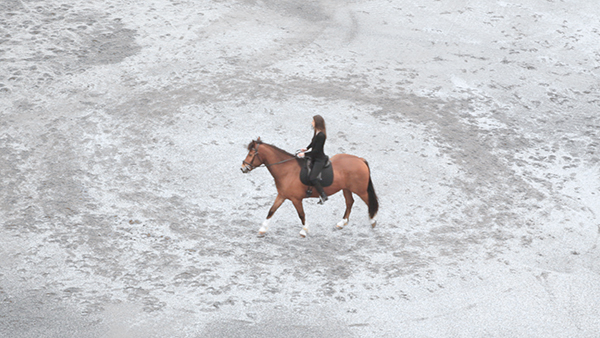 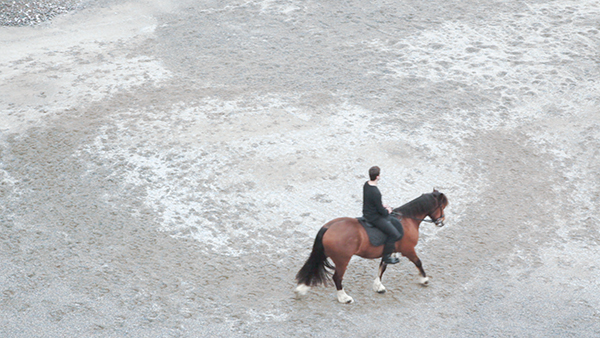 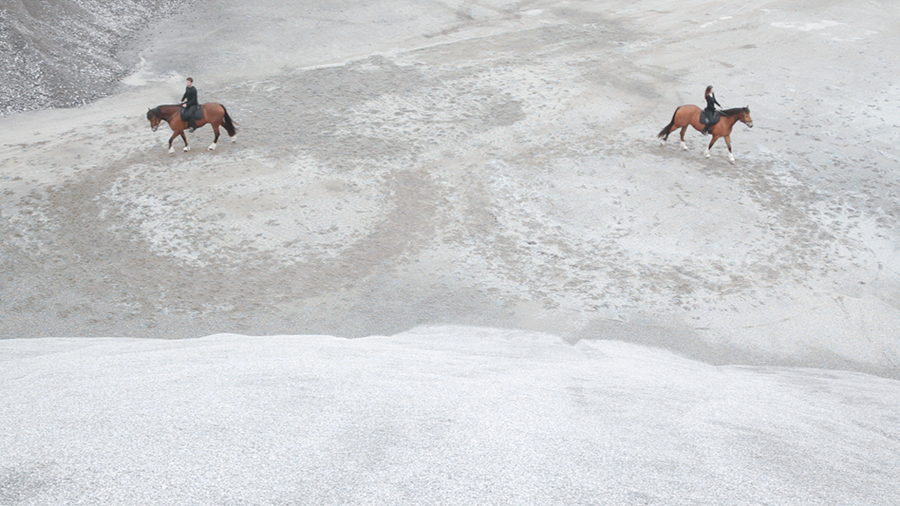