The slowly waving shadow of a flag on pavement and wall was filmed, and is projected on a wooden, L-shaped stage, resulting in a double break of the image. This double projection extends on the surrounding architecture of the exhibitions space.

As the flag’s shape distorts and shatters it’s own image by moving, completely deprived of identity, only the symbolic meaning is left. The shadow’s anonymity fills with the imagination of a flag-less land: a no man’s land.

Facing the flag setting is a wooden corner with a second video projection. The corner represents the core for injecting and ejecting imaginary visions.
The video shows an upside down landscape, where amorphous shapes appear intermittently and move in a stuttering pace until suddenly disappearing again. The black forms could be holes in the landscape or other dimensions overlaying the existing one.

If the shadow still has the recognizable appearance of a flag, with the invitation to imagine an undefined territory, the abstract black forms are a further progression to fill the projections with different possibilities of a Terra Nullius. 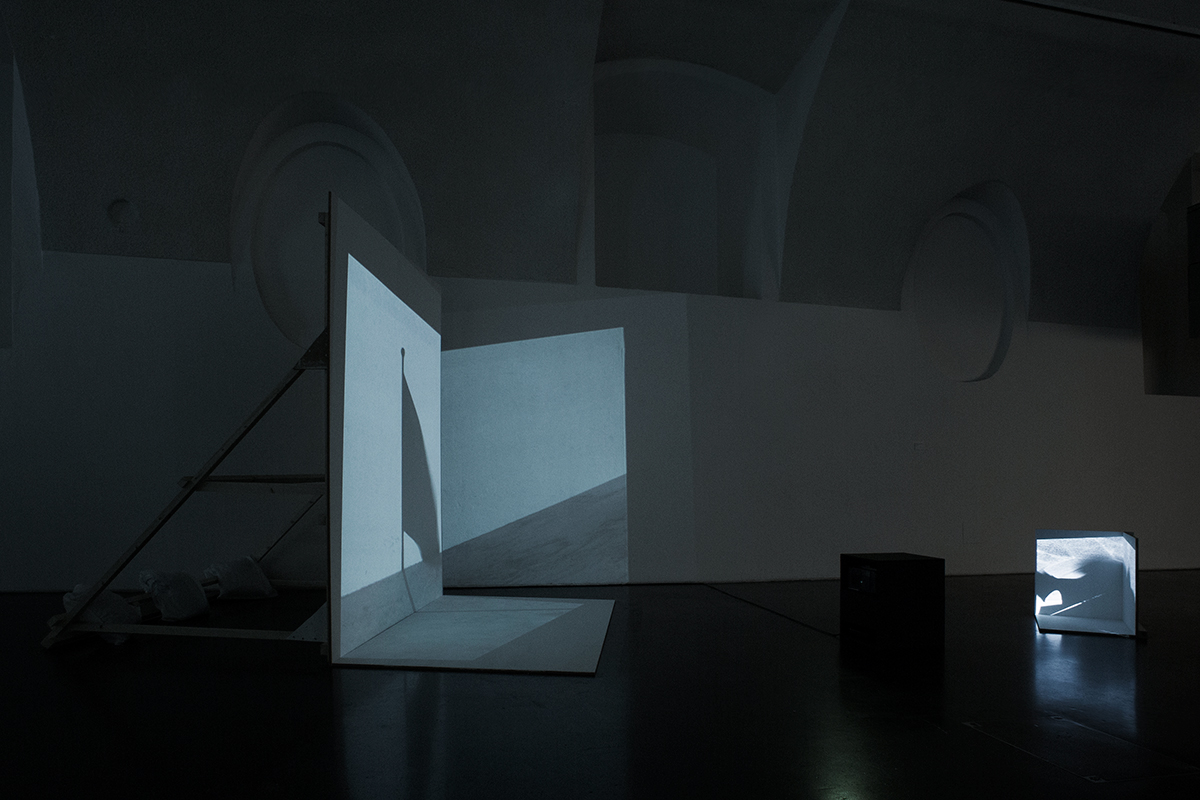 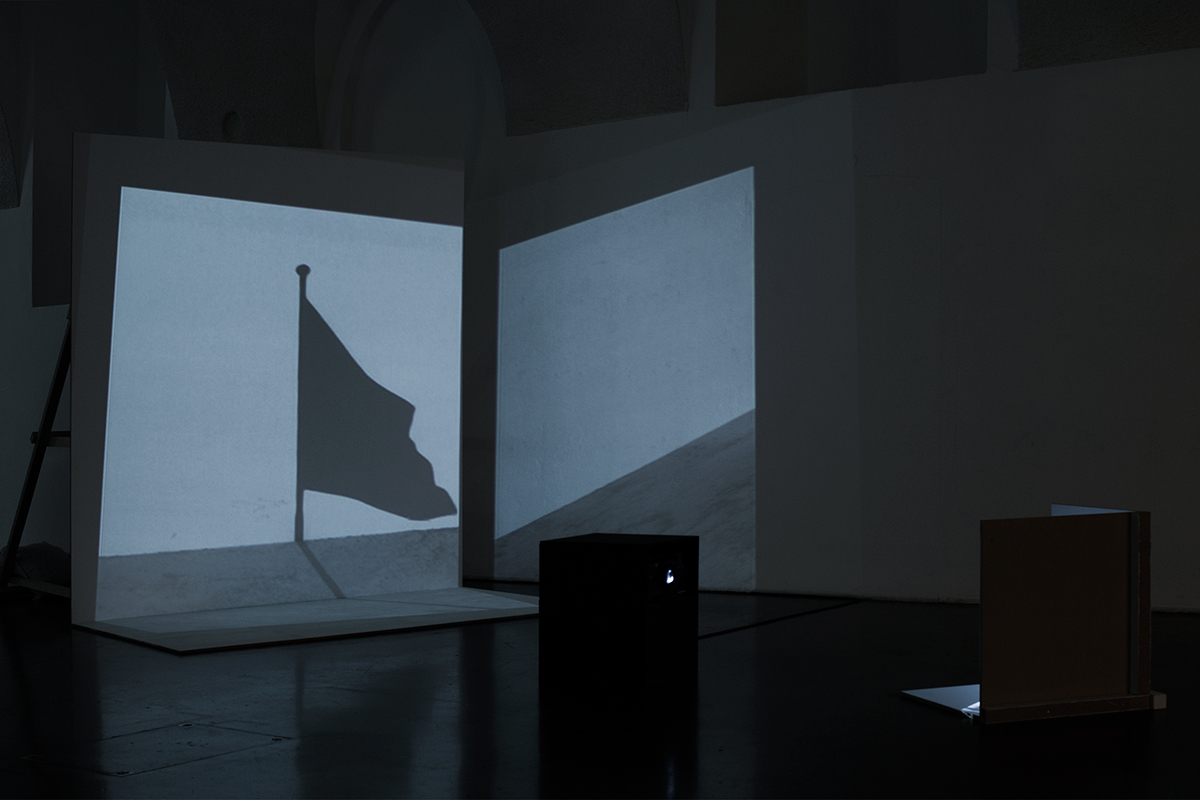 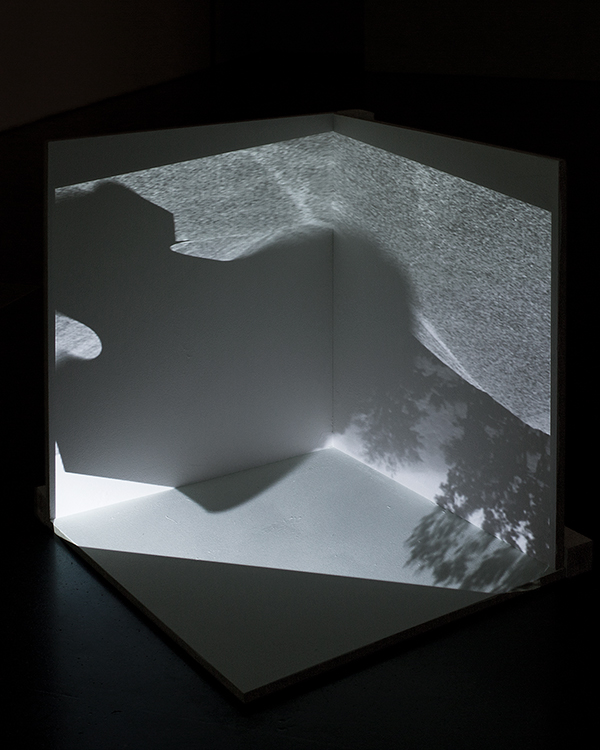 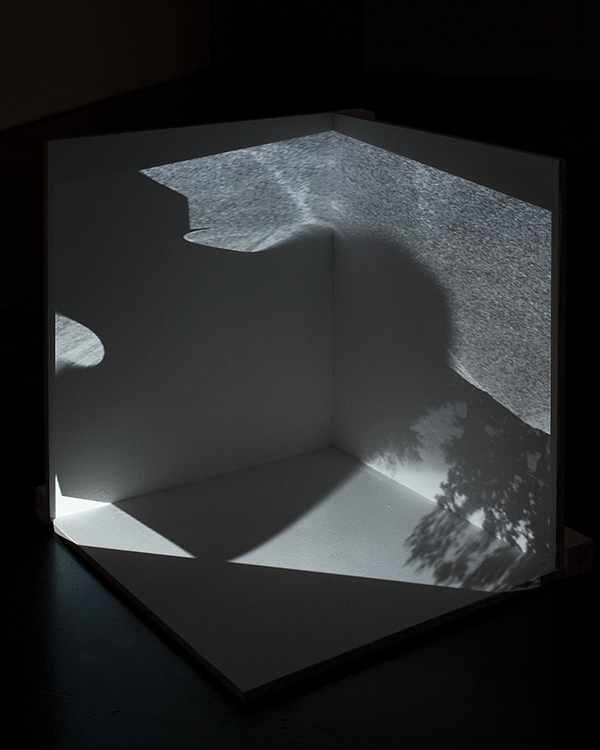 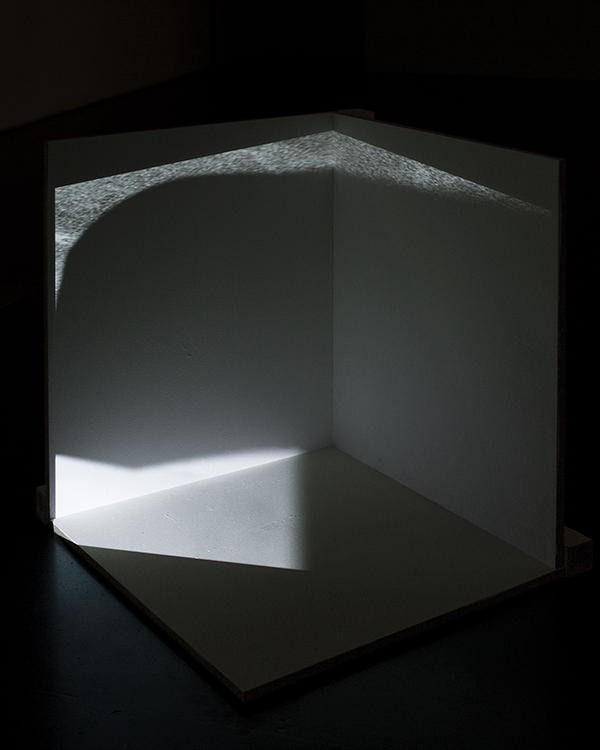 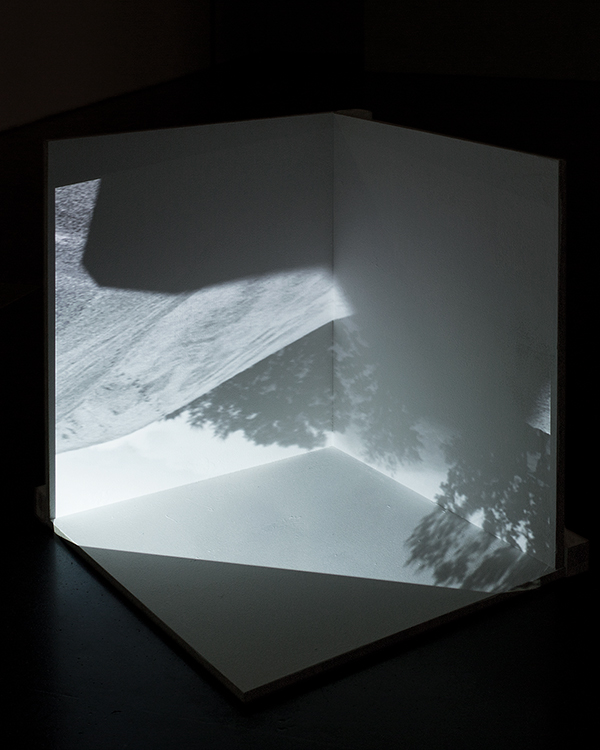 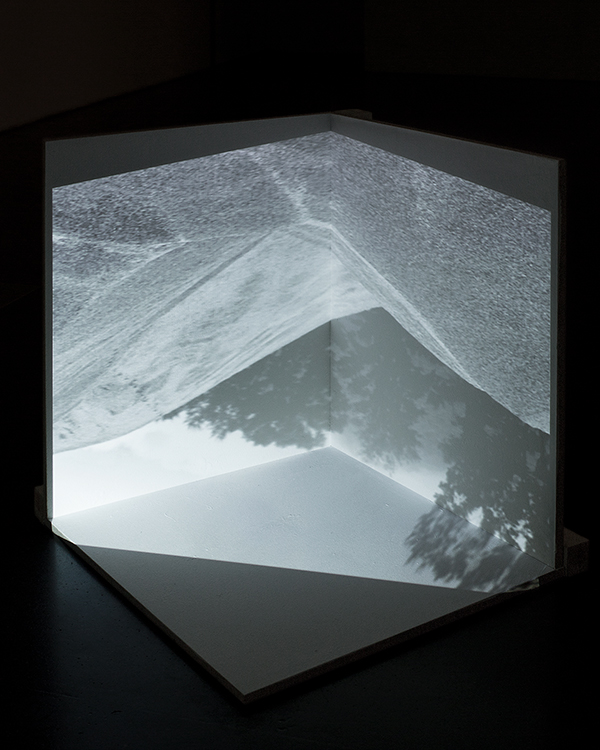