Una Szeemann’s work Virare al tatto, which in Italian means “to veer through touch”, consists of five heliogravures produced in collaboration with master printer Arno Hassler at his Atelier de gravure in Moutier. The prints show constellations of light and shadow, cloud-like formations characterized by fine color gradations from bright white to deep black. Subtle nuances of bleariness and sharpness give the images an atmospheric feel, somewhere between earth, water and sky. Szeemann created the motifs by scattering sand on a thin glass plate and tracing patterns with her hands. In a process similar to the one of photogram, the glass plate then functioned as a positive film for exposing the printing plate. Thus, through the medium of heliogravure, the artist transformed her gestures into abstract, luminous volumes and spaces.

Traces of bodies and movements are recurring elements in Una Szeemann’s multi-media, mostly installation work. These traces often stand for something invisible, subconscious. In this respect, the artist explores the opposing relationship between the psyche as a vast, internal thing and the body as its spatially as well as temporally limited carrier. Her interest lies in making visible what is intangible to the mind and what is difficult to convey with words. This is also reflected, for example, in the work Die verschobene Verdichtung eines Schläfers (The Displaced Condensation of a Sleeper) from 2018. It consists of copper plates on which the artist has choreographically translated her dreams and recorded the body’s movements through traces of oxidation. At the center of Szeemann’s oeuvre is the contradiction of wanting to give form to the unconscious. In this respect, the materials used always play an important role. Be it fabric, leather, plaster, hair, or even sand, the chosen material possesses its own essence, which influences the forms that appear. The series Virare al tatto testifies to Szeemann’s sculptural approach to matter in order to visualize phenomena such as disappearance. 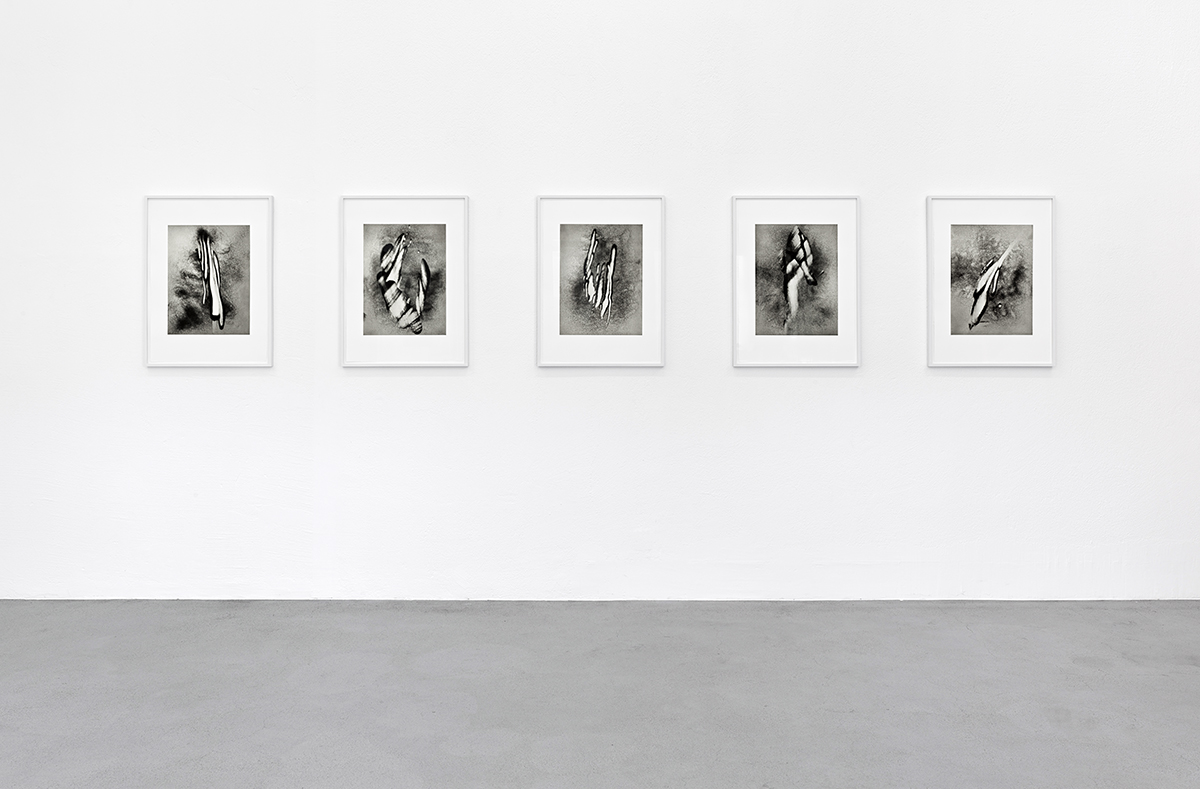 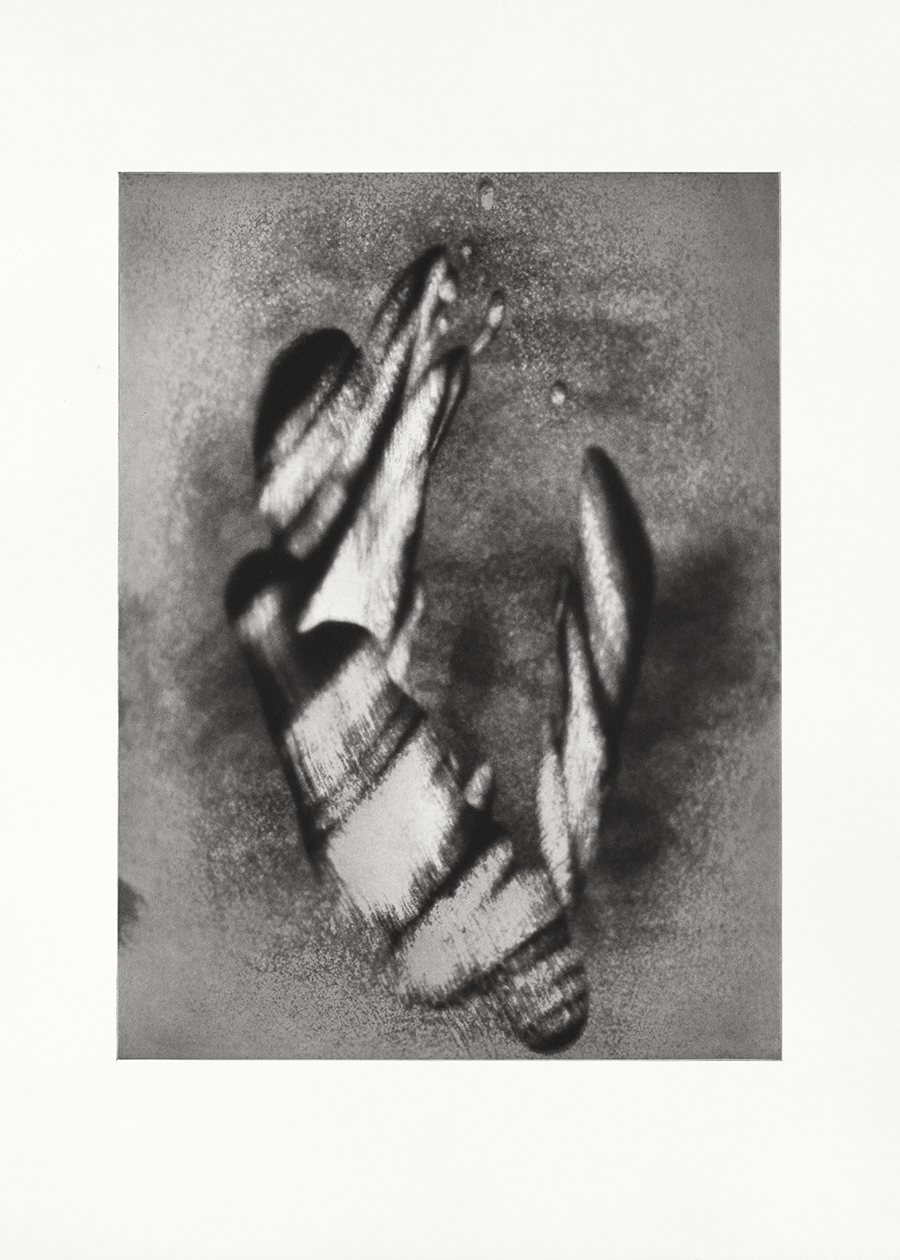 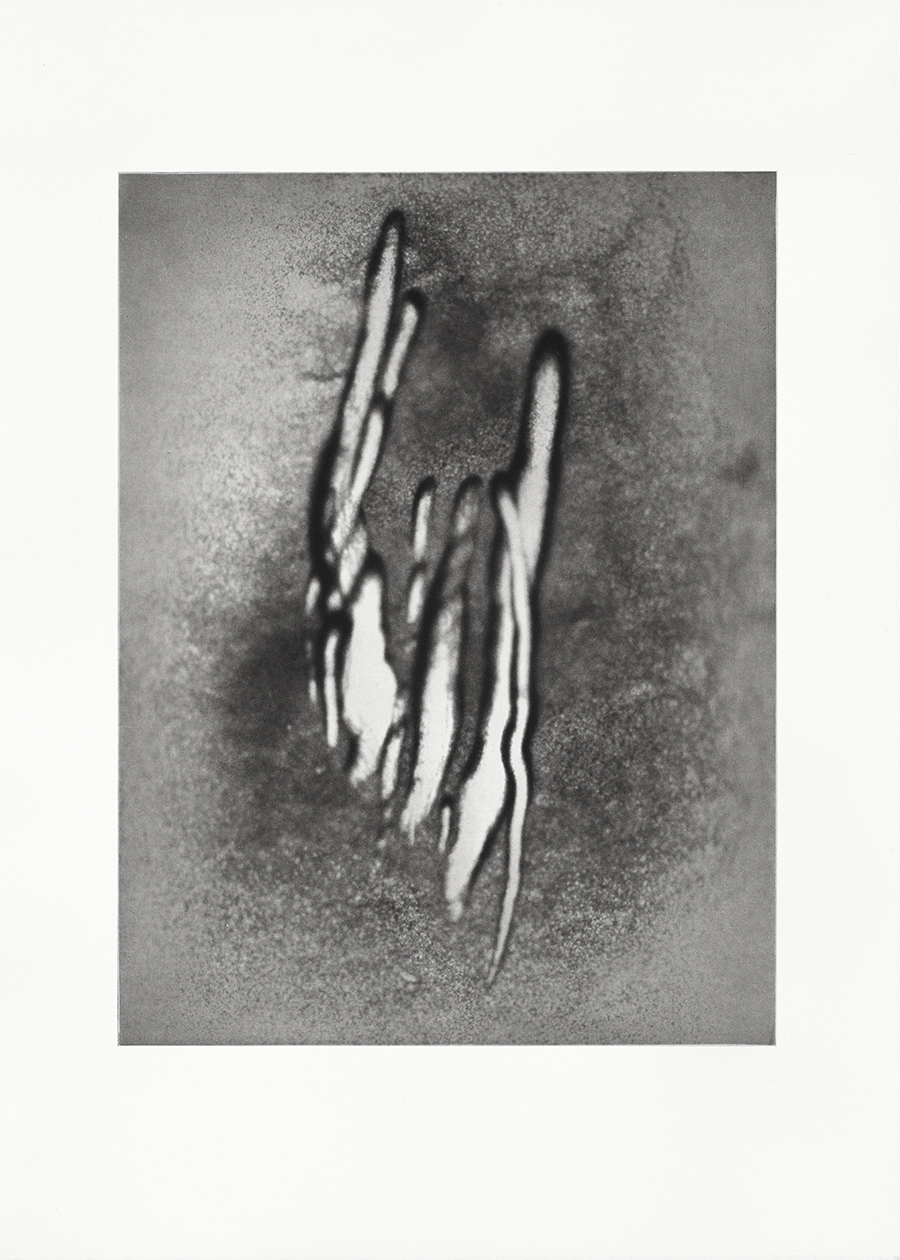 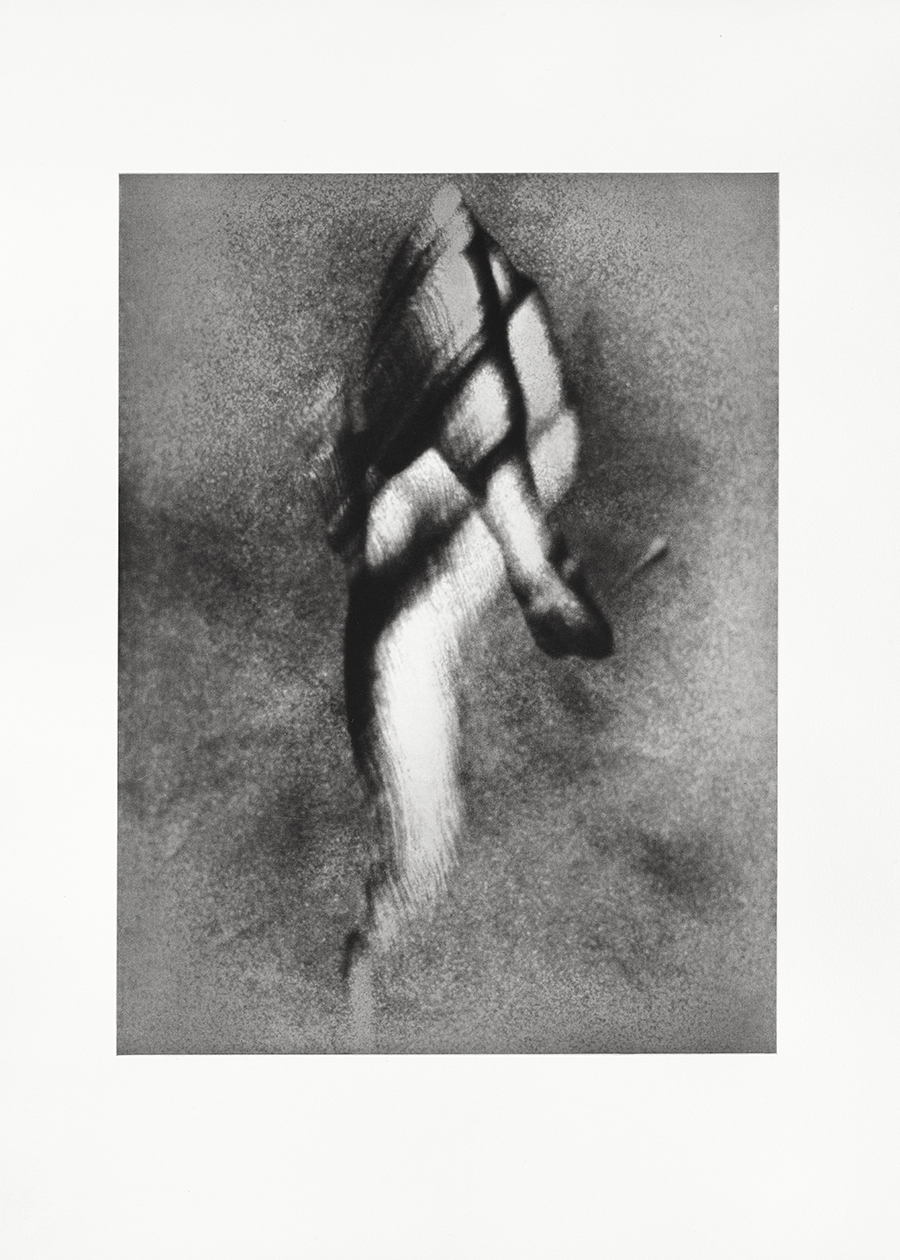 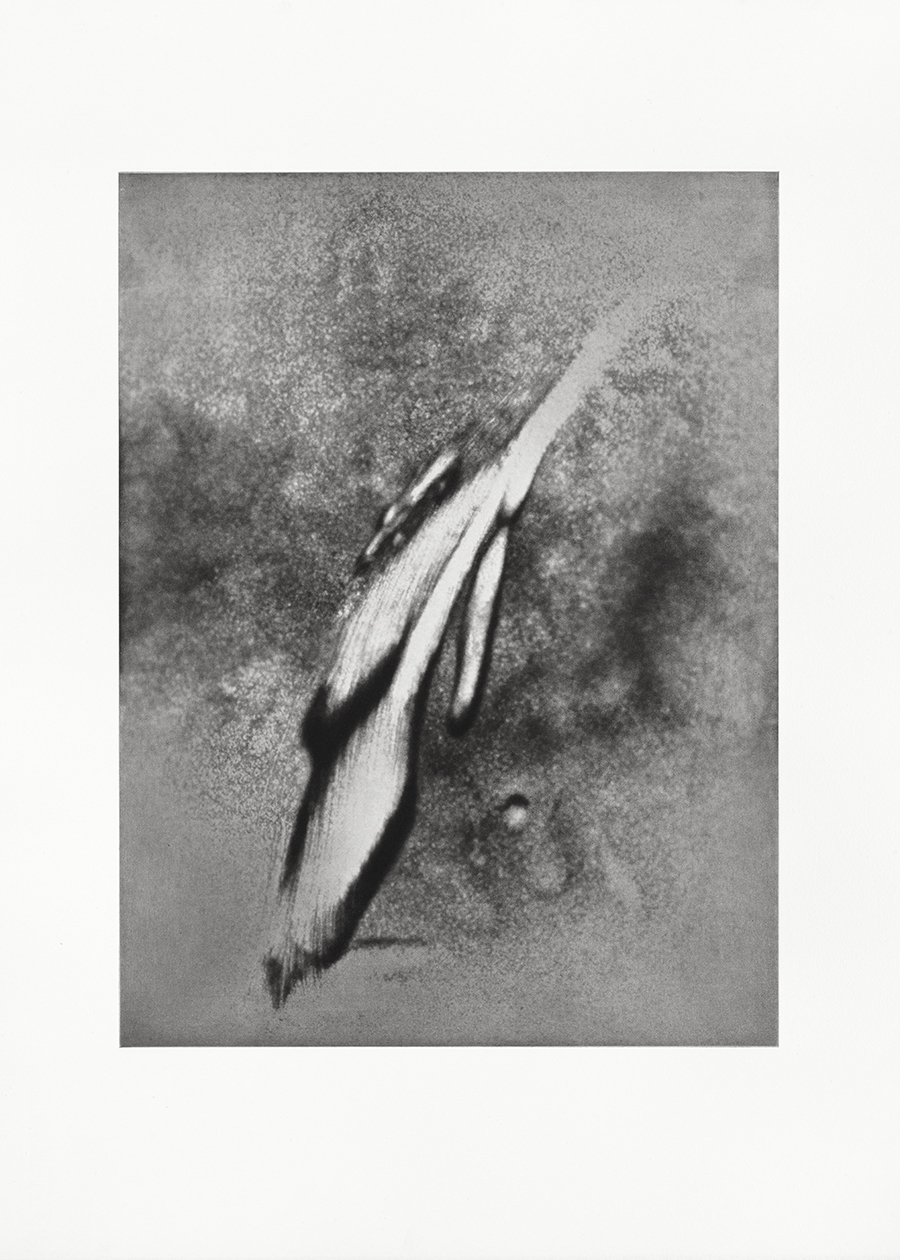